Effective Therapeutic Teaching Learning Institute is based on a unique philosophy regarding the care and treatments of all individuals with special needs and challenges also including those in child welfare, and foster care programs.

Our philosophy is that every human being, regardless of race, culture, nationality, gender, religion, ability, status, position, etc. should be able to work and play in the community with the same opportunities as everyone else. We believe in a hands-on face to face, multi approach to equipping caregivers, staff and family members with therapeutic and effective skills they can apply to every situation.

We have developed a program of educational training courses and direct hands-on services aimed at redefining the therapeutic culture to increase the possibility of bringing out the best in people, as both teacher and learner. We also train our own Teachers through the ETTI Institute, a rigorous 6-to-9 month program preparing individuals for ETTI Certification.

Informal groups were formed by parents to care for large numbers of individuals with special needs, etc. These groups lacked sufficient funding and organization to adequately meet the needs of people they cared for.

In response to the need for more organized services, as well as to minimize and prevent abuse and neglect, the government began to find institutions to care for the above groups.

These institutions came with serious problems…

Overtime, institutions began to deteriorate due to several factors: insufficient staff training; lack of therapeutic checks and balances; “top heavy” directorship, and inappropriate use of funding.

Lack of options for families and competition in the industry, led to the system gradually becoming complacent, rigid, and lacking incentive to update and improve its policies, facilities, procedures or treatment of individuals.

While institutions were originally set up to assist families, they ultimately became places that disempowered the family, cost taxpayers exorbitant amounts of money, while maintaining the lowest levels of human care.

This is where Dr. Moazami comes in… In 1994, Dr. Moazami, founder of the Effective Teaching Learning School of Thought, approached state DHS officials arguing that “if cats and dogs were treated the way the individuals in the government-run institutions were being treated, people would be outraged and would take legal action and those people would be put in prison…”

He continued to challenge government officials on these extreme and inhumane practices until the pendulum started to swing.

The history of ETTI depicts the struggles involved in overcoming patterns of non-therapeutic attitudes and behavior in relation to treatment of individuals with special needs.

Politicians, professionals in the field and many in the public at large had fixed ideas for years about how and where individuals with special needs should live and how they should be treated.

Since the early 1990s, we have worked tirelessly, appealing to all levels of state and federal government officials to redefine and rewrite the course for individuals requiring special care and attention.

Today we honor those individuals who, through many sacrifices, hard work, dedication, and passion were instrumental in bringing about change in the government institutional model of service and moving towards community-based service models which empower families and are more cost-effective.

Today we train ETTI Life Educators in our human-first philosophy and practices, to equip them to enter the worlds and lives of individuals facing all sorts of challenges from communication barriers, physical limitations, etc. We believe in direct hands-on service as the best way to serve individuals and families in their own homes, workplaces and communities.

Promoting a cause greater than ourselves

ETTI School of Thought is based on the following guiding principles:

How Our Philosophy Drives Practice

We are passionate about our philosophy and practice. We are a driven group of individuals in love with the human race. We believe that every human being has inherent value and is to be treated respectfully under every circumstance. Our Teachers engage with and serve the community by providing direct, hands-on service to individuals and families caring for loved ones with unique challenges. We have designed a rigorous ETTI Life Educator Certification process to equip qualified individuals with an understanding of our therapeutic model.

ETTI, in partnership with the Oklahoma Department of Disabilities Services Division (DDSD), provides training courses for caregivers to maximize the possibility of them applying therapeutic and effective teaching and learning in their lives and to those they care for, striving towards quality of life for everyone. Our courses focus on nine therapeutic skills, and they are taught as a reciprocal relationship between constant teaching and learning, aimed at affecting therapeutic change in both the teacher and the learner.

This service focuses on meeting individuals where they are–in their natural environments–where they work and live. Our certified ETTI Life Educators work directly with individuals facing challenges, and also with that individual’s “support team” of family members, case managers, caregivers,and other providers  etc. Our goal is to empower everyone in an individual’s life with effective therapeutic skills to provide the best opportunity for thriving and success in any environment. 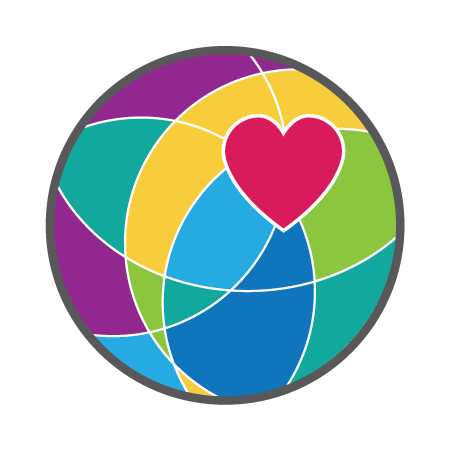